Landing a good job is generally considered the purpose of education today.

But not everyone subscribes to that. American educator and businessman Stephen Covey, said,

“Your economic security does not lie in your job; it lies in your own power to produce—to think, to learn, to create, to adapt. That’s true financial independence. It’s not having wealth; it’s having the power to produce wealth.”

As today’s foreign exchange or “forex” market shows, this is indeed true. In fact, the very concept of forex began with the necessity to adapt, when the Bretton Woods Agreement, in 1971, abandoned backing the U.S. dollar with gold, and allowed currencies to “float” and find their own level according to market forces.

Subsequently, continuous U.S. trade deficits allowed foreign banks to accumulate large amounts of dollars, which built up to $70 billion in the 1980s. As the Internet launched and expanded in the 1990s, electronic funds transfers became incredibly fast and efficient, leading speculators to profit from exchange rate differences. By 2007, $3 trillion was traded in the global market, while recent studies indicate daily a trade volume of over  $6.6 trillion.

As the forex trade expanded globally, over 170 different world currencies led by the U.S. dollar, are now included in the Forex market. The U.S. Dollar, known as the ‘greenback” is the most traded currency in the world.

Even though the forex market is decentralized and not controlled by any group or body, four large banks, JPMorgan, Citi, Deutsche Bank and UBS Group, comprise the biggest block in the forex market, and wield a lot of influence on trends.

Business magnate George Soros, who made enormous profits from forex trading, said, “The more complex the system, the greater the room for error.” And profiting from a complicated system requires understanding nuances and being able to successfully negotiate the disadvantages of the market, by taking a FX course. Paul Clitheroe, Australian financial advisor and analyst, says, “Invest in yourself. Your career is the engine of your wealth.”

Since the 1990s, AI researchers predicted that before long, AI would change the forex market. This prediction was looked upon with enthusiasm as one of the main problems forex traders faced in early days was not knowing what data to collect, how to collect it, and how to make strategic use of the collected data.

Subsequently, in 2005, the University of Cambridge published an article which focused on AI as the primary driver of enormous data-driven changes in the forex markets.

With ML engaged in the difficult tasks, traders can focus on planning profitable transactions instead of manually monitoring and analyzing data themselves.

These innovative technologies, therefore, are allowing traders to make wiser trading decisions, helping them minimize risk in turbulent markets. One such method is stop loss orders, which comprise AI algorithms that automatically sell assets once their prices fall below a certain level. Therefore, unlike manual monitoring and decisions based on emotion, which lead to market panic and erratic price movements, AI trading is able to reduce the market turbulence.

Studies show that 90% of forex traders use AI in their trading. For instance, 90% of forex trading by JPMorgan today is handled by computers, algorithms, and passive managers. Fundamental discretionary traders account for approximately 10% of the trading volume.

AI, specifically big data and predictive analytics, therefore, have revolutionized forex trading, and have become indispensable to it, with traders minimizing their risk of failure by applying the technology.

What makes AI even more attractive in forex trading, is the fact that the traders appreciate its value. Recent studies reveal that 43.5% of forex traders are Millennials between 25 and 34 years, who, being “digital natives,” are comfortable with handling advanced technology. The success of AI in forex is, therefore, largely due to the extensive demand for it and popularity, among traders.

As American business magnate Warren Buffet said, ‘Some people say forex trading is dangerous. I say investing in anything with a lack of knowledge is dangerous.”

Millennial understanding of AI, ML and predictive analytics is taking forex trading to another plateau of success.

This article is republished from hackernoon. 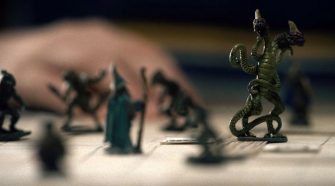