Satellites And AI Have Just Accurately Counted 1.8b Trees In West Africa

The possibility that vegetation cover in semi-arid and arid areas was retreating has long been an issue of international concern. In the 1930s it was first theorized that the Sahara was expanding and woody vegetation was on the retreat. In the 1970s, spurred by the “Sahel drought”, focus was on the threat of “desertification”, caused by human overuse and/or climate change. In recent decades, the potential impact of climate change on the vegetation has been the main concern, along with the feedback of vegetation on the climate, associated with the role of the vegetation in the global carbon cycle.

Using high-resolution satellite data and machine-learning techniques at supercomputing facilities, we have now been able to map billions of individual trees and shrubs in West Africa. The goal is to better understand the real state of vegetation coverage and evolution in arid and semi-arid areas.

Finding a shrub in the desert – from space

To accurately analyse vegetation cover at continental or global scale, it is necessary to use the highest-resolution images available – with a resolution of 1 metre or less – and up until now the costs of acquiring and analysing the data have been prohibitive. Consequently, most studies have relied on moderate- to low-resolution data. This has not allowed for the identification of individual trees, and therefore these studies only yield aggregate estimates of vegetation cover and productivity, mixing herbaceous and woody vegetation.

In a new study covering a large part of the semi-arid Sahara-Sahel-Sudanian zone of West Africa, published in Nature in October 2020, an international group of researchers was able to overcome these limitations. By combining an immense amount of high-resolution satellite data, advanced computing capacities, machine-learning techniques and extensive field data gathered over decades, we were able to identify individual trees and shrubs with a crown area of more than 3 m2 with great accuracy. The result is a database of 1.8 billion trees in the region studied, available to all interested.

Presently, this work is expanded to cover the semi-arid belt south of the Sahara across the African continent to the Red Sea. The current count of trees is 13 billion, and further refinements of the methodology are being made. It is expected that the geographical coverage will be widened, first to the rest of the semi-arid zones of Africa and then to other continents.

To cover Africa’s entire Sahelian zone, from the Atlantic to the Red Sea, we used approximately 100,000 satellite images – for a total data volume of hundreds of terabytes. Using NASA and Blue Waters supercomputers, the images were stitched together to create a continuous mosaic. The trees were then identified using deep learning, an artificial-intelligence technique in which the computer is trained to recognize individual trees. During the training, tens of thousands of trees were “shown” to the computer by an operator, using field knowledge in combination with image-interpretation skills. Subsequently, the results of the machine-based identification were checked. Overall, the accuracy has proven to be highly correlated with field measurements.

Our database of trees and shrubs contains information on each tree, its exact location (typically with an uncertainty of few meters), its crown size, the date of acquisition of the satellite image in which it was identified, and its estimated above-ground woody mass and carbon content. In the future, other information, e.g. its height and phenological characteristics may be added.

Already at this early stage of the project, important implications are evident. In the West-African study we found many more trees than we would have expected. Other data-sources actually report that trees are virtually absent in the Sahara and North-Sahelian zone, yet we found hundreds of millions of trees. The carbon stock associated with these trees is larger – and more stable – than carbon stocks in the herbaceous vegetation. Moreover, we found that trees in farmlands are generally larger than in pristine savannas, and the overall tree cover in populated and managed places is high. This exemplifies that high density of human population cannot always be related to losses in tree cover, as people in the semi-arid Sahel safeguard and promote trees within settlements and farmlands.

What will the database be used for?

This database is expected to be useful for a range of different purposes. In particular, it will constitute a baseline, allowing for future studies of the temporal evolution of woody vegetation at large scale, possibly even at a continental or global scale.

The database will allow analysis of which factors control the occurence of trees in drylands, for example human pressure, or environmental factors such as rainfall, soils or geomorphology. The information will feed into the modeling of ecosystems and “full Earth System”, since trees are of great significance in the interaction between the atmosphere and the land surface, controlling both carbon exchange, evapotranspiration and aerodynamic roughness.

Finally, the information could be used to inform and support environmental policies at national and international levels.

Next The Singularity: When Will We Transition To A Dictatorship Of Robots? 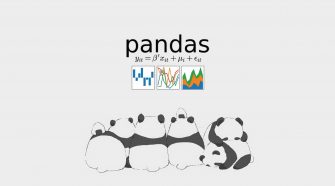