IBM Watson Advertising (NYSE: IBM) announced a research initiative that will apply open-source AI technology, developed by IBM, to better understand how prevalent unwanted bias is in advertising, while simultaneously laying the foundation for potential mitigation. This work aligns with IBM Watson Advertising’s overarching mission to make AI the catalyst for improving solutions, services and trust in the advertising ecosystem, and builds upon IBM’s leadership in transforming business across industries with AI.

The advertising industry is undergoing a major transformation, with changes to privacy regulations and increased demand for transparency fueling the emergence of AI as the industry’s new technology backbone. As brands rebuild amidst this transformation, the timing is ideal to address the persistent problem of unwanted bias in advertising, evidenced by a study conducted by the Geena Davis Institute on Gender in Media, which found male characters appeared in advertisements 12% more than females. This while women-led and gender-balanced videos yielded 30% more views than other videos, revealing a demand for more inclusive content.

Unwanted bias in advertising has the potential to negatively impact consumers who may miss out on an economic opportunity or feel targeted based on stereotypes, while also negatively impacting brands that may experience poor campaign performance. The aim of the IBM Watson Advertising research is to drive a deeper understanding of the factors leading to unwanted bias in advertising and how AI can help, spanning audience segmentation, creative messaging, performance optimization and campaign impact. Armed with this information, marketers and IT vendors may be able to develop a roadmap for the responsible use of AI to reduce unwanted bias and more effectively create and execute campaigns.

“We find ourselves at a moment in history where a long-overdue discourse on socioeconomic inequalities is dominating the national agenda and compelling action,” said Bob Lord, Senior Vice President, Worldwide Ecosystems at IBM. “Our hope is that AI can be the catalyst for reducing unwanted bias in advertising, just as it is helping to transform the advertising industry as it rebuilds for an era without third party cookies. Through this research we are taking an important first step toward that goal, applying scientific rigor to determine just how big of an impact AI can have.”

IBM Watson Advertising will work with researchers from IBM Research to conduct this study in partnership with the Ad Council and potentially other leaders across industry and academia. Areas of exploration will include:

Data from the Ad Council’s “It’s Up to You” COVID-19 Vaccine Education initiative will be used for this initial research phase. The AI Fairness 360 toolkit will be used to examine the data and determine whether there are ways AI can be useful to help mitigate discrimination and bias.

“Collective bias has been prevalent in our industry for far too long, and the need to study its origins and impact is critical so that we can effectively work together to create progress,” said Lisa Sherman, President and CEO at the Ad Council. “The Ad Council is proud to be the first industry partner of many working alongside IBM to help fuel this compelling research mission.”

IBM Watson Advertising plans to release initial research findings and updates when they are available and as the initiative progresses.

To learn more about how IBM Watson Advertising is helping to rebuild the industry with AI visit: https://www.ibm.com/watson-advertising

To learn more about the AI Fairness 360 toolkit visit: https://ai-fairness-360.org/

Watson is IBM’s AI technology for business, helping organizations to better predict and shape future outcomes, automate complex processes, and optimize employees’ time. Watson has evolved from an IBM Research project, to experimentation, to a scaled set of products that run anywhere. With more than 30,000 client engagements, Watson is being applied by leading global brands across a variety of industries to transform how people work. To learn more, visit: https://www.ibm.com/watson.

About the Ad Council

The Ad Council has a long history of creating life-saving public service communications in times of national crisis, starting in the organization’s earliest days during World War II to September 11th and natural disasters like Hurricane Katrina and Hurricane Sandy and, most recently, leading the industry’s response to the COVID-19 pandemic. Its deep relationships with media outlets, the creative community, issue experts and government leaders make the organization uniquely poised to quickly distribute life-saving impactful information to millions of Americans.

The Ad Council is where creativity and causes converge. The non-profit organization brings together the most creative minds in advertising, media, technology, and marketing to address many of the nation’s most important causes. The Ad Council has created many of the most iconic campaigns in advertising history. Friends Don’t Let Friends Drive Drunk. Smokey Bear. Love Has No Labels. 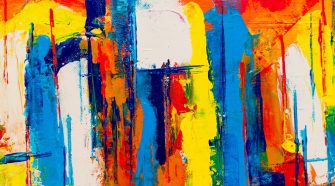