Conversation Designing is quite an interesting profession. It has slowly emerged to become one of the best part-time professions to take up in 2021.But to build interest onto this topic, I would need to explain to you what a conversation designer is….So let’s start from the basics shall we?

What is a Conversation?

In 2021 conversations are easy and quick such as texting your friends on Whatsapp or video calling someone on Facetime but such was not the case ages ago.

Historically speaking, the Greeks (as usual) were the pioneers of conversation. The Brits then marked an advancement in this field by introducing the concept of conversing in coffee houses (which is still a trend at present).

So a conversation is-:

Simply an exchange of ideas, thoughts & opinions between people.

Humans (being the social animals that they are) love having conversations, but making these conversations interesting & meaningful is a complex task.

This is where Conversation Design comes in….

What is Conversation Designing?

Joseph Weizenbaum was a German Computer Scientist & a professor at MIT. He was the mastermind behind ELIZA- the world’s first chatbot(of some sorts). ELIZA was not defined as a chatbot at the time, but had similar functionalities nonetheless. ELIZA was used by Joseph Weizenbaum to demonstrate how retarded the concept of human-computer interaction was, but was baffled to find out that humans enjoyed conversing with ELIZA. ELIZA has been used in the field of Psychiatrics for numerous applications & continues to inspire many.

Alan Turing (father of theoretical Computer Science & Artificial Intelligence) devised the ‘Turing Test’ sometime in 1950. Turing explained that the test would be conducted as follows-:

According to Turing, the test would be considered successful when a human would not be able to differentiate between the responses of the human and that of a computer. The test is highly regarded as the starting point for the field of Artificial Intelligence. Interestingly enough, chatbots are expected to pass The Turing Test only sometime in 2029,therefore making it quite obvious that there lies a huge scope for an individual to make a career in Conversation Design.

Why become a Conversation Designer?

An article from Business Insider showed that about 80% of businesses were planning to incorporate chatbots by 2020.

As of 2021, companies like Microsoft and IBM offer over $100k to their Conversation Designers, the average however stands at about $60k-$80k which is still quite a handsome package for a fresher.

College graduates are looking towards this profession because of-:

How to get into Conversation Designing:

It is very vital to be sure that you enjoy the concept before making your move towards the professional world.

How to get into the professional space:

This can be very confusing given the unlimited spaces available online. That is why I have the perfect solution for the people such as YOU, yes You.

I am a part of the Adaptiv community. Adaptiv is an organization that aims to help undergraduate students such as YOU get into your dream job.

Do check out on https://www.adaptiv.me/ where Ada(very own chatbot) will guide you.

This article is republished from Medium.

Next Global Economic Impact of AI: Facts and Figures

5 Tips For A Successful AI Project – Advice From AI Leaders

Your Ultimate Guide To Speech On Google Cloud 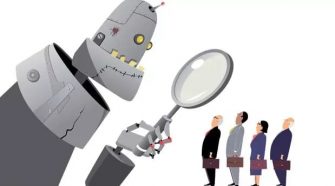