Building a universal translation system to help everyone access information and better connect with one another is the ultimate goal of the machine translation (MT) field. But the MT field needs to solve fundamental limitations in order to make that future a reality.

Most MT systems today use groups of bilingual models, which typically require extensive labeled examples for each language pair and task. Unfortunately, this approach fails many languages with scarce training data (e.g., Icelandic and Hausa). Its high complexity also makes it impractical to scale to practical applications on Facebook, where billions of people post in hundreds of languages every day.

Our winning model is an exciting tipping point in MT because it shows that — through new advancements in large-scale data mining, scaling model capacity, and more efficient infrastructure — it’s possible for multilingual models to achieve high performance on both high- and low-resource languages. It brings us one step closer to building a universal translator that connects people in all languages around the world, regardless of how much translation data exists.

To train our WMT 2021 model, we built two multilingual systems: any-to-English and English-to-any. We leveraged parallel data mining techniques by identifying translations in large web crawl data sets to overcome limitations of standard training documents that are manually translated, like European Parliamentary speeches, which are not always available for all translation directions.

Comparison of the performance of our model vs. the best model submitted to WMT ’21. The numbers reported are BLEU scores on the final WMT ’21 test set.

IIn addition to scaling data size using back-translation, we also scaled model size from 15 billion parameters to 52 billion parameters, in order to add capacity to multilingual model architectures. All of these scaling efforts wouldn’t have been possible without Facebook’s recent GPU memory-saving tool called Fully Sharded Data Parallel, which enables large-scale training by up to 5x faster than previous methods.

Since multilingual models inherently compete for capacity, they must strike a balance between sharing parameters and specialization for different languages. Scaling model size in proportion results in unsustainable computational cost.

Ablation of the effect of each modeling technique that builds our final submission. We use the final row (in bold) as our submission to WMT2021 as it has the strongest performance across all languages. The numbers reported are BLEU scores on WMT ’21 development set.

We used an alternative approach to leverage conditional compute approaches, which activate only a subset of the model for each training example. Specifically, we train Sparsely Gated Mixture-of-Expert (MoE) models, in which each token is routed to the top-k expert FeedForward blocks based on a learned gating function. We use a Transformer architecture with the FeedForward block in every alternate Transformer layer replaced with a Sparsely Gated Mixture-of-Experts layer with top-2 gating in the encoder and decoder. As a result, only a subset of all the model’s parameters is used per input sequence.

Machine translation as a field has had impressive advances in bridging barriers, but most have centered on a handful of widely spoken languages. Low-resource translation remains a “last mile” problem for MT and the biggest open challenge for the subfield today.

This approach of “one model for many languages” may also simplify the development of translation systems in real-world applications — with the potential to replace thousands of models with just one, making it easier to bring new applications and services for everyone around the world.

We’re now working on the next set of challenges to adapt these techniques to languages beyond those featured in the WMT competition. For example, how can we develop new techniques to support scarce languages with even less monolingual data, where tried-and-true techniques like back-translation are not possible?

Next Supercomputing For All Is Closer Than You Think 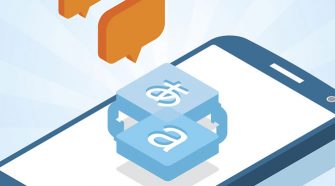