The Mayflower Autonomous Ship Has Reached North America: Why This Pioneering Transatlantic Voyage Matters For The Advancement Of AI And Automation Technology Across Every Industry

In a voyage lasting 40 days and conquering approximately 3,500 unmanned miles at sea, the Mayflower Autonomous Ship arrived in North America in Halifax, Nova Scotia on June 5, 2022

With no human captain or onboard crew, MAS is the first self-directed autonomous ship with technology that is scalable and extendible to traverse the Atlantic Ocean.

MAS was designed and built by marine research non-profit ProMare with IBM acting as lead technology and science partner, with IBM automation, AI and edge computing technologies powering the ship’s Artificial Intelligence (AI) Captain to guide the vessel and make real-time decisions while at sea.

On board the ship, there are 6 AI-powered cameras, more than 30 sensors and 15 Edge devices, all of which input into actionable recommendations for the AI Captain to interpret and analyze. This makes it possible for the AI Captain to adhere to maritime law while making crucial split-second decisions, like rerouting itself around hazards or marine animals, all without human interaction or intervention.

The AI Captain has learned from data, postulates alternative choices, assesses and optimizes decisions, manages risk, and refines its knowledge through feedback, all while maintaining the highest ethical standards – which is similar to how machine learning is applied across industries like transportation, financial services, and healthcare. And furthermore, there’s a transparent record of the AI Captain’s decision-making process that can help us humans understand why the captain made certain decisions… transparency that is all too important in these heavily regulated industries.

Why MAS Matters: Harnessing the Power of Data

The AI Captain is also the crux of why we at IBM believe that MAS’s experimental voyage will be a catalyst for the advancement of AI and AI-powered automation at the edge in various applications across industry.

So, while part of MAS’ mission was oriented around ocean research and discovery to help tackle some of the ocean’s biggest challenges, IBM is also focused on accelerating the application of AI and automation to our clients’ businesses.

For us, the Mayflower Autonomous Ship’s challenges – saving time and costs, making trustworthy predictions, and solving complex data problems – are not unique. MAS represents what’s possible when you harness the power of data (and continuous, autonomous data collection) – and how technology like AI-powered automation can take intelligent data and make it actionable to make informed business decisions, no matter the industry.

The Mayflower’s journey began in the Atlantic. But this voyage of discovery and technology advancement is only just beginning.

Next Faster Computing Results Without Fear Of Errors 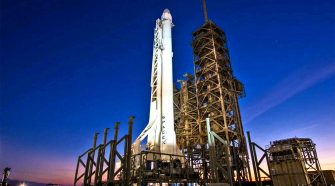