Why are we on the verge of creating a technology that will combine the computer with the human nervous system into a single complex? How will a person change after connecting with an electronic machine? Can a computer system handle the flood of data from billions of living neurons? I will try to answer these questions in this article.

By combining fundamentally different components (a living human brain and an electronic system), we will see how the emergence effect works (the birth of new properties that are not inherent in the combining elements separately).

Individual artificial intelligence as a bioelectronic hybrid will have fundamental advantages over both the biological brain and any computer system. We also talked about some technical features of a new type of brain-computer interface.

The previous article raised several ethical questions and even concerns about our future. I will try to answer some of them.

What will happen to all of us? Who will we become in the end?

I will say what I think: we ourselves will change a lot. I don’t want to be a moralist and try to please everyone. As a doctor and scientist, I know that the development of science and the birth of new technologies cannot be stopped or delayed for moral or spiritual-philosophical reasons. A person with individual artificial intelligence will not become eviler or kinder—he will become stronger. I say this because I understand that the main source of human strength is not in the muscles, but in our head.

But the main question is how much a person with individual artificial intelligence will be stronger than us ordinary people. Apparently, almost no one in the modern world understands what it is about and does not realize the scale of the upcoming upheavals.

I am currently preparing an article in which I want to talk about the military aspect of this technology. I will not specifically analyze the prospects of a fighter pilot, or a tank commander equipped with his own artificial intelligence. I want to talk about a simple infantryman who, in symbiosis with AI, will turn into something much more dangerous than a tank or a combat aircraft.

We are waiting for the inevitable transformation … which is already underway

If you look closely at the human essence, it becomes clear that the main difference between our biological species is the ability to change material objects and the environment around us.

Everything that we create—houses, mechanisms, clothes—all this is the product of our intellectual efforts, a direct result of the work of our mind, which, inventing something new every time, changes us a little.

The truth is that our inventions change us…

A man in clothes is different from a naked man, and one who lives in a modern house is not like one who survives in the wild jungle. A person driving a car after a while begins to feel different than someone who has been walking all his life.

It’s the same with a computer

Look around you. We all spend a lot of time with computers, smartphones, and various electronic devices. We are getting used to being in constant contact with the technical devices we create, and this began relatively recently. We are literally changing before our eyes, and the fact that at some point our brain will fully integrate with the electronic system is an inevitability that will be the beginning of a new type of AI: Artificial intelligence consisting of a computer and a human brain.

Look around and you will see millions of people whose attention is riveted to the screen of a smartphone or laptop. All of them are evidence of the inevitability of our association with an electronic intellectual system.

I will say more: “The moment we consciously picked up a stick and turned it into a tool, the creation of individual artificial intelligence became a matter of time.“

Do you think personal AI is an unusual idea?

In fact, for the last 65 years, we have been doing everything possible to make this very concept a reality as quickly as possible!

Let’s remember together how it was

The initial idea was to create a mechanism capable of replacing a human calculator. Within the framework of this concept, it was supposed to create a machine capable of simulating the multiplicity of neural connections using an artificial technical neural network.

In the late eighties, instead of creating a rigid computing mechanism, information processing becomes the main goal. The main difference between the new systems was the use of flexible algorithms.

At the beginning of the 21st century, based on the growth of computing power, another new idea emerged, which we now call machine learning. The new algorithm not only retained its former flexibility, but also became able to move the limit parameters, changing the very range of a possible answer.

Soon, thanks to the use of high-performance computing systems, it became possible to make the machine learn and accumulate experience using huge databases and multilayer technical neural networks.

This resource-intensive process became known as deep learning. A good example of this relatively new technology is Google’s instant translation system. Instead of unraveling and clarifying logical connections in the structure of natural language, the new model from Google conducts a simple comparative analysis of ready-made versions of the original language.

The new method works on the principle of a black box and at the same time impresses with its accuracy and efficiency.

A similar technique was used by DeepMind when creating an AI for playing the game Go. This system (deep reinforcement learning) uses two deep neural networks at once (one analyzes the position, and the second analyzes the strategies used in the protocols of past games).

Please note that with each new stage, we are moving further and further away from the idea of ​​​​creating an alternative to us—technical AI. Instead, we are trying to construct an intelligent tool to help us solve specific problems.

The history of recent decades suggests that what we really need is not a competitor, but a tool – a new mechanism that allows us to solve various problems!

The new brain-computer interface will become such a tool—this is what will allow the brain to turn a computer into a component of the nervous system.

Functionally, individual artificial intelligence can be compared to a group of deep learning programs that our brain will create and develop on its own without the participation of a third-party programmer. This will be possible thanks to the brain-computer interface.

Can a computer system handle the flood of data from billions of living neurons?

The human brain contains approximately 86 billion neurons, but we are only interested in a small part, about 16 billion in the cerebral cortex. Even though technically the interface of individual artificial intelligence will be able to track the reaction of a single neuron, in practice such discreteness is not required. Working with neural groups numbering several thousand neurons can provide quite acceptable clarity in the formation and interpretation of the signal.

The most important element of the interface is a scanner that reads information from molecular beacons (binary marker objects) that are injected into the brain tissue. The main part of the scanner is a dense network of sensor elements based on specially modified and well-insulated multilayer carbon nanotubes. In the test version, this part can be located on the surface of the epidermis. In the working version, the network of carbon nanotubes will work in the inner layer of the skin (in the layer of fibroblasts).

The very procedure for installing the scanner will resemble the procedure for applying a tattoo, although it should be much easier in terms of the degree of invasiveness (injury) since the cells of the immune system (macrophages) will not be able to “eat” particles of the scanner material.

It is important to understand that the power of data flow from brain neurons depends not only on the distribution and activity of beacon molecules but also on the number of signal fixation points and the sampling rate on the scanner. For correct operation, the scanner must be updated at a frequency of at least 250 Hz, but at critical moments (for example, in a real battle), the frequency may increase due to a narrowing of the scanner bandwidth. In addition, the system architecture suggests the possibility of changing these parameters not only to reduce or increase the flow of incoming data, but also to combat distorting artifacts.

Thus, by changing the scanner’s sensitivity or refresh rate, the amount of data will always exactly match the capabilities of the system.

This feature was originally appeared in TechTalks.

Previous Machine Learning Is Important, But Some AIs Just Want To Have Fun

Next The Mayflower Autonomous Ship Has Reached North America: Why This Pioneering Transatlantic Voyage Matters For The Advancement Of AI And Automation Technology Across Every Industry

Unified Data And ML: 5 Ways To Use BigQuery And Vertex AI Together 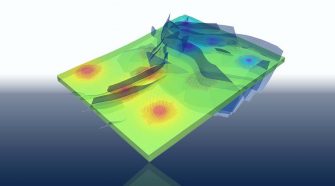