IBM and ARC are partnering to improve climate risk modeling and predictions on the African continent as the threat of climate change continues to advance.

The world is most likely heading for 2.6°C temperature rise above pre-industrial levels. Adapting to the adverse impacts of climate change is more important than ever. To help mitigate these impacts in Africa, IBM has partnered with the ARC is a specialized agency of the African Union that aims to help African governments better prepare for and mitigate against extreme weather and natural disasters.African Risk Capacity (ARC) to improve climate risk modeling and predictions on the African continent.

Africa only accounts for 2% to 3% of global greenhouse gas emissions — but suffers disproportionately from the results. Extreme heat, extensive floods, prolonged droughts, and sea-level rise are leading to loss of lives, property damage, and population displacement, with only 40% of the African population having access to early warning systems. It’s estimated that by 2050, climate impacts could cost African nations $50 billion annually. Accelerated adaptation is urgently needed.

New accelerated discovery climate technology from IBM Research addresses this challenge, using AI and hybrid cloud to better quantify and model resilience to climate hazards. Some of the research being carried out includes a large-scale geospatial data and analytics system, which enables discovery, synthesis, and dissemination of environmental and climate related data, and a scalable climate hazard and impact modeling framework, deployed on hybrid cloud. This enables users — be they scientists, developers, or business analysts — to easily quantify and explore climate risk using IBM’s proprietary models, onboard their preferred models, or even develop new models.

Climate risk modeling in Africa poses particularly acute challenges: While high quality, high resolution geospatial datasets are often openly available in more advanced economic nations, data for African countries typically relies on lower quality, global datasets. Information that is precise at local levels is vital for accurate modeling, as the spatial scales involved are vast. These are exactly the kind of challenges IBM’s emerging AI methods will address in the partnership with ARC.

One of the high-priority climate hazards for the partnership is flooding. IBM’s flood risk modelling capabilities includes both AI models and AI-enhanced physical simulations which have been developed and tested in the IBM-STFC HNCDI discovery accelerator, a partnership to advance science between the UK government and IBM. The AI flood detection system uses Sentinel-1 satellite radar data to derive flood water extents in near real-time. The data has been validated against flood extents from the EU Copernicus Emergency Management Service, with an average accuracy of 98% when compared to ground truth.

IBM’s flood risk prediction model leverages geospatial data layers — such as soil type, land use, and elevation — along with rainfall data to predict areas at risk of flooding using physical simulations. Users can explore future extreme flood scenarios using an AI-powered weather generator. In the new partnership, IBM will bring these models and their underlying technology to ARC’s mission to help African governments improve their capacity to plan, prepare and respond to extreme weather events and natural disasters.

An example of these types of events are the tropical cyclones which frequently affect the Southwestern Indian Ocean (SWIO). The region is one of the most active areas in the world for tropical cyclone formation. On average, 13 cyclonic events with wind speeds that can exceed 200kph occur each year in SWIO region, according to Dr. Charles Serele, Senior Project Manager for Climate Risk at ARC. The loss of life and material damage caused by these events is severe, due to high winds, storm surges and heavy rains.

“In our three-week preliminary joint investigation with IBM researchers, we have seen the potential of advanced technologies like AI, high-performance computing, and cloud could help us to quickly intersect, assess and quantify the impact of extreme weather events on demographic information and land use in a much more efficient, reliable, and streamlined way,” Serele said. “This is a critical insight for ARC’s downstream analytics operations such as estimating parametric insurance for our customers.”

Tropical Cyclone Eloise made landfall in the central parts of Mozambique Jan. 23, 2021. The storm was classified as a Category 1 cyclone when it made landfall, with winds of 140kph, gusts up to 160kkph, and rainfall of up to 250mm in 24 hours. The storms swept through Mozambique, before moving over Zimbabwe, and South Africa. However, the most devastating destruction was felt in the central part of Mozambique, with many structures destroyed and hundreds of thousands of people displaced or impacted, and at least 11 people killed.

The heavy rainfall which caused widespread flooding across multiple provinces was captured by the Sentinel 1 satellite on Jan. 26. The IBM technology enables us to quickly intersect this flood hazard with demographic information such as population data to assess impact. To provide insights outside the extent of the satellite data, flood simulations with IBM’s flood model enable us to quantify flooding across the drainage basins which could affect central Mozambique and highlight areas of particular exposure in the provincial capital of Beira.

One year later, before the region had truly recovered from Eloise, tropical storm Ana hit the region, followed by four more back-to-back storms in the same season. The increased intensity of rainfall in these storms, which again caused devastating floods, has already been attributed to climate change. This illustrates the urgency with which adaptation needs to be accelerated – and this is just one example, for one region in Africa. In the new partnership, the joint ARC-IBM team will work together to develop new modelling approaches and solutions across multiple hazards, impacts, and territories, built on IBM hybrid cloud technology and using cutting-edge AI. The challenge is huge – but the need has never been greater.

Next How Artificial Intelligence Can Help Us Prepare For Climate Adaptation

Sometimes It’s Bad For AI To Be Too Curious

200 Languages Within A Single AI Model: A Breakthrough In High-Quality Machine Translation 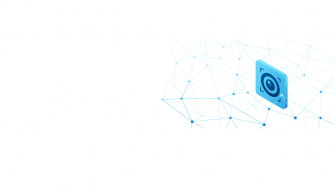