Try to remember that last dinner you went out for. Perhaps you can remember the taste of that delicious pasta, the sounds of the jazz pianist in the corner, or that boisterous laugh from the portly gentleman three tables over. What you probably can’t remember is putting any effort into remembering any of these little details.

Somehow, your brain has rapidly processed the experience and turned it into a robust, long-term memory without any serious effort from yourself. And, as you reflect on that meal today, your brain has generated a high-definition movie of the meal from memory, for your mental viewing pleasure, in a matter of seconds.

Undoubtedly, our ability to create and retrieve long-term memories is a fundamental part of the human experience – but we still have lots to learn about the process. For instance, we lack a clear understanding of how different brain regions interact in order to form and retrieve memories. But our recent study sheds new light on this phenomenon by showing how neural activity in two distinct brain regions interact during memory retrieval.

The hippocampus, a structure located deep within the brain, has long been seen as a hub for memory. The hippocampus helps “glue” parts of the memory together (the “where” with the “when”) by ensuring that neurons fire together. This is often referred to as “neural synchronisation”. When the neurons that code for the “where” synchronise with the neurons that code for the “when”, these details become associated through a phenomenon known as “Hebbian learning”.

But the hippocampus is simply too small to store every little detail of a memory. This has lead researchers to theorise that the hippocampus calls upon the neocortex – a region which processes complex sensory details such as sound and sight – to help fill in the details of a memory.

The neocortex does this by doing the exact opposite of what the hippocampus does – it ensures that neurons do not fire together. This is often referred to as “neural desynchronisation”. Imagine asking an audience of 100 people for their names. If they synchronise their response (that is, they all scream out at the same time), you’re probably not going to understand anything. But if they desynchronise their response (that is, they take turns speaking their names), you’re probably going to gather a lot more information from them. The same is true for neocortical neurons – if they synchronise, they struggle to get their message across, but if they desynchronise, the information comes across easily.

Our research found that the hippocampus and neocortex do in fact work together when recalling a memory. This happens when the hippocampus synchronises its activity to glue parts of the memory together, and later help to recall the memory. Meanwhile, the neocortex desynchronises its activity to help process information about the event and later help process information about the memory.

Of cats and bicycles

We tested 12 epilepsy patients between 24 and 53 years of age. All had electrodes place directly within the brain tissue of their hippocampus and neocortex as part of the treatment for their epilepsy. During the experiment, patients learned associations between different stimuli (such as words, sounds and videos), and later recalled these associations. For example, a patient may be shown the word “cat” followed by a video of a bike cycling down a street.

The patient would then try and create a vivid link between the two (perhaps the cat riding the bike) to help them remember the association between the two items. Later, they would be presented with one of the items and asked to recall the other. The researchers then examined how the hippocampus interacted with the neocortex when the patients were learning and recalling these associations.

Fascinatingly, this pattern reversed during retrieval – neural activity in the hippocampus first synchronised and then, around 250 milliseconds later, neural activity in the neocortex desynchronised. This time, it appeared that the hippocampus first recalled a gist of the memory and then began to ask the neocortex for the specifics.

Our findings support a recent theory which suggests that a desynchronised neocortex and synchronised hippocampus need to interact to form and recall memories.

Understanding more about the way the hippocampus and neocortex work together when forming and recalling memories could be important for further developing new technologies that could help improve memory for those suffering from cognitive impairments such as dementia, as well as boosting memory in the population at large. 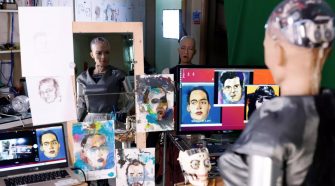