The Breakthrough Listen Initiative released data from the most comprehensive survey yet of radio emissions from the plane of the Milky Way Galaxy and the region around its central black hole, and it is inviting the public to search the data for signals from intelligent civilizations.

At a media briefing in Seattle as part of the annual meeting of the American Association for the Advancement of Science (AAAS), Breakthrough Listen principal investigator Andrew Siemion of the University of California, Berkeley, announced the release of nearly 2 petabytes of data, the second data dump from the four-year old search for extraterrestrial intelligence (SETI). A petabyte of radio and optical telescope data was released last June, the largest release of SETI data in the history of the field.

The data, most of it fresh from the telescope prior to detailed study from astronomers, comes from a survey of the radio spectrum between 1 and 12 gigahertz (GHz). About half of the data comes via the Parkes radio telescope in New South Wales, Australia, which, because of its location in the Southern Hemisphere, is perfectly situated and instrumented to scan the entire galactic disk and galactic center. The telescope is part of the Australia Telescope National Facility, owned and managed by the country’s national science agency, CSIRO.

The remainder of the data was recorded by the Green Bank Observatory in West Virginia, the world’s largest steerable radio dish, and an optical telescope called the Automated Planet Finder, built and operated by UC Berkeley and located at Lick Observatory outside San Jose, California.

“Since Breakthrough Listen’s initial data release last year, we have doubled what is available to the public,” said Breakthrough Listen’s lead system administrator, Matt Lebofsky. “It is our hope that these data sets will reveal something new and interesting, be it other intelligent life in the universe or an as-yet-undiscovered natural astronomical phenomenon.”

“For the whole of human history, we had a limited amount of data to search for life beyond Earth. So, all we could do was speculate. Now, as we are getting a lot of data, we can do real science and, with making this data available to general public, so can anyone who wants to know the answer to this deep question,” said Yuri Milner, the founder of Breakthrough Listen.

“The SETI Institute will develop and install an interface on the VLA, permitting unprecedented access to the rich data stream continuously produced by the telescope as it scans the sky,“ said Siemion, who, in addition to his UC Berkeley position, is the Bernard M. Oliver Chair for SETI at the SETI Institute. “This interface will allow us to conduct a powerful, wide-area SETI survey that will be vastly more complete than any previous such search.”

“As the VLA conducts its usual scientific observations, this new system will allow for an additional and important use for the data we’re already collecting,” said NRAO Director Tony Beasley. “Determining whether we are alone in the universe as technologically capable life is among the most compelling questions in science, and NRAO telescopes can play a major role in answering it.”

In releasing the new radio and optical data, Siemion highlighted a new analysis of a small subset of the data: radio emissions from 20 nearby stars that are aligned with the plane of Earth’s orbit such that an advanced civilization around those stars could see Earth pass in front of the sun (a “transit” like those focused on by NASA’s Kepler space telescope). Conducted by the Green Bank Telescope, the Earth transit zone survey observed in the radio frequency range between 4 and 8 gigahertz, the so-called C-band. The data were then analyzed by former UC Berkeley undergraduate Sofia Sheikh, now a graduate student at Pennsylvania State University, who looked for bright emissions at a single radio wavelength or a narrow band around a single wavelength. She has submitted the paper to the Astrophysical Journal.

“This is a unique geometry,” Sheikh said. “It is how we discovered other exoplanets, so it kind of makes sense to extrapolate and say that that might be how other intelligent species find planets, as well. This region has been talked about before, but there has never been a targeted search of that region of the sky.”

While Sheikh and her team found no technosignatures of civilization, the analysis and other detailed studies the Breakthrough Listen group has conducted are gradually putting limits on the location and capabilities of advanced civilizations that may exist in our galaxy.

“We didn’t find any aliens, but we are setting very rigorous limits on the presence of a technologically capable species, with data for the first time in the part of the radio spectrum between 4 and 8 gigahertz,” Siemion said. “These results put another rung on the ladder for the next person who comes along and wants to improve on the experiment.”

Sheikh noted that her mentor, Jason Wright at Penn State, estimated that if the world’s oceans represented every place and wavelength we could search for intelligent signals, we have, to date, explored only a hot tub’s worth of it.

“My search was sensitive enough to see a transmitter basically the same as the strongest transmitters we have on Earth, because I looked at nearby targets on purpose,” Sheikh said. “So, we know that there isn’t anything as strong as our Arecibo telescope beaming something at us. Even though this is a very small project, we are starting to get at new frequencies and new areas of the sky.”

Beacons in the galactic center?

The so-far unanalyzed observations from the galactic disk and galactic center survey were a priority for Breakthrough Listen because of the higher likelihood of observing an artificial signal from that region of dense stars. If artificial transmitters are not common in the galaxy, then searching for a strong transmitter among the billions of stars in the disk of our galaxy is the best strategy, Simeon said.

On the other hand, putting a powerful, intergalactic transmitter in the core of our galaxy, perhaps powered by the 4 million-solar-mass black hole there, might not be beyond the capabilities of a very advanced civilization. Galactic centers may be so-called Schelling points: likely places for civilizations to meet up or place beacons, given that they cannot communicate among themselves to agree on a location.

“The galactic center is the subject of a very specific and concerted campaign with all of our facilities because we are in unanimous agreement that that region is the most interesting part of the Milky Way galaxy,” Siemion said. “If an advanced civilization anywhere in the Milky Way wanted to put a beacon somewhere, getting back to the Schelling point idea, the galactic center would be a good place to do it. It is extraordinarily energetic, so one could imagine that if an advanced civilization wanted to harness a lot of energy, they might somehow use the supermassive black hole that is at the center of the Milky Way galaxy.”

Visit from an interstellar comet

Breakthrough Listen also released observations of the interstellar comet 2I/Borisov, which had a close encounter with the sun in December and is now on its way out of the solar system. The group had earlier scanned the interstellar rock ‘Oumuamua, which passed through the center of our solar system in 2017. Neither exhibited technosignatures.

“If interstellar travel is possible, which we don’t know, and if other civilizations are out there, which we don’t know, and if they are motivated to build an interstellar probe, then some fraction greater than zero of the objects that are out there are artificial interstellar devices,” said Steve Croft, a research astronomer with the Berkeley SETI Research Center and Breakthrough Listen. “Just as we do with our measurements of transmitters on extrasolar planets, we want to put a limit on what that number is.”

Regardless of the kind of SETI search, Siemion said, Breakthrough Listen looks for electromagnetic radiation that is consistent with a signal that we know technology produces, or some anticipated signal that technology could produce, and inconsistent with the background noise from natural astrophysical events. This also requires eliminating signals from cellphones, satellites, GPS, internet, Wi-fi and myriad other human sources.

In Sheikh’s case, she turned the Green Bank telescope on each star for five minutes, pointed away for another five minutes and repeated that twice more. She then threw out any signal that didn’t disappear when the telescope pointed away from the star. Ultimately, she whittled an initial 1 million radio spikes down to a couple hundred, which she was able to eliminate as Earth-based human interference. The last four unexplained signals turned out to be from passing satellites.

Siemion emphasized that the Breakthrough Listen team intends to analyze all the data released to date and to do it systematically and often.

Breakthrough Listen, based at UC Berkeley, is supported by a $100 million, 10-year commitment from the Breakthrough Initiatives, founded in 2015 by Yuri and Julia Milner to explore the universe, seek scientific evidence of life beyond Earth and encourage public debate from a planetary perspective.

3 Key Reasons Why Intelligent Automation Is Important For Your Business 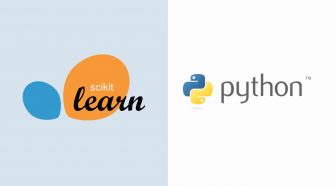