Cable TV news is a primary source of information for millions of Americans each day. The people that appear on cable TV news and the topics they talk about shape public opinion and culture. While many newsrooms and monitoring organizations routinely audit the content of news broadcasts, these efforts typically involve manually counting who and what is on the air.

But now researchers at the Brown Institute for Media Innovation at Stanford University have launched the Stanford Cable TV News Analyzer, an interactive tool that gives the public the ability to not only search transcripts but also compute the screen time of public figures in nearly 24/7 TV news broadcasts from CNN, Fox News and MSNBC dating back to January 2010. The site is updated daily with the previous day’s coverage, and enables searches of over 270,000 hours of news footage.

The Analyzer increases transparency around these broadcasters’ editorial decisions by using modern AI techniques to automatically measure who is on the news and what they talk about. The tool, which is updated every day, leverages computer vision to detect faces, identify public figures and estimate characteristics such as gender to examine news coverage patterns. To facilitate topic analysis, the transcripts are synced with video content and compared across dates, times of day and programs.

“By letting researchers, journalists and the public quantitatively measure who and what is in the news, the tool can help identify biases and trends in cable TV news coverage,” said project leader Maneesh Agrawala, the Forest Baskett Professor in the School of Engineering, professor of computer science and director of the Brown Institute for Media Innovation at Stanford University.

Media consumers can use the tool to examine how the world’s biggest stories are being covered and how news network compare to one another. Media consumers can count the screen time of politicians, newsmakers and experts, or analyze coverage of the 2020 American election campaign. The researchers say members of the public can use the tool’s transcript search and screen time measurement features to ask such questions as: Does coverage of political candidates lead or lag the polls? On which channels do phrases like “Chinese coronavirus” first appear? What is the breakdown of screen time by gender on the most popular cable news programs?

The researchers provide more examples of analyses already performed using the Stanford Cable TV News Analyzer, as well as more detail on the design of the website and their methodology for video labeling in a report on preprint website arXiv, Analyzing Who and What Appears in a Decade of US Cable TV News. In addition, they are gathering analysis and insights at medium.com/tvnewsanalyzer and inviting the public to share their findings, discoveries and questions about the tool to [email protected].

The project builds on previous Brown Institute projects, such as Esper and Audiovisual Analysis of 10 Years of TV News, which focused on building open-source software infrastructure to analyze, visualize and query extremely large video collections, and incorporating data from the Internet Archive’s TV News archive.

The Stanford Cable TV News Analyzer was created by the Computer Graphics Lab at Stanford University in collaboration with the John S. Knight Fellowship Program. The project is supported by financial and computing gifts from the Brown Institute for Media Innovation, Intel Corporation, Google Cloud, Amazon Web Services and the National Science Foundation. The video dataset was provided for academic use by the Internet Archive. 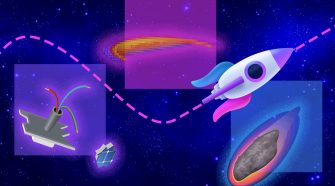