Climate change and food waste are among the most pressing issues facing the world today and businesses have a fundamental role to play in tackling them.

A recent survey on emerging technology trends by GlobalData reveals that while most executives believe their companies are ready for “digital disruption”, one of the  least prepared industries is the foodservice sector. The survey shows it has the highest percentage of respondents (35%) admitting to being unprepared.

However, over half of the foodservice sector executives surveyed are planning on increasing investment in disruptive technologies such as artificial intelligence (AI) and computer vision, allowing them to take better advantage of the opportunities both have to offer.

Despite the sector’s willingness to adopt these technologies, its companies have yet to fully capitalize on their potential to bring about operational improvements and, therefore, reduce costs. The adoption of these technologies has so far focused on enhancing consumers’ experience and customizing product offerings. But some foodservice innovators have gone further and considered their possible application inside the businesses to deliver operational improvements and reduce costs by tackling food waste.

Food waste: a huge cost to businesses and the environment

With a third of food produced for human consumption being thrown away according to the Food and Agriculture Organization of the United Nations, food waste is amongst the world’s greatest pollutants, producing around 4.4 gigatonnes of CO2 equivalent a year. The food service industry, in particular, is responsible for 14% of this waste, with up to 60kg of food being discarded daily by an average-sized restaurant.

Food waste, however, is not only an environmental issue. The waste of resources also represents a great cost for the industry’s businesses in the industry, causing an estimated annual loss of £2.5bn in the British hospitality and foodservice sector alone according to packaging pressure group Wrap.

So far, efforts to reduce food waste in the industry have focused on finding ways to redistribute unused produce. However, this strategy is not extensively applicable for all companies, and often involves serious logistical challenges.

Startups such as Winnow and Orbisk have now developed an alternative approach to tackling the food waste problem. They provide companies with waste monitors that use AI and computer vision to detect the amount and type of food thrown away daily. The data can then be accessed to identify where and why the waste is happening, allowing companies to optimize their offering and purchasing strategy.

Currently, food service companies such as hotel groups Accor and IKEA are among the earliest adopters of the technology, achieving a 50% reduction in their food waste and over $880k in annual savings.

This type of solution represents a real opportunity for foodservice companies to reduce costs and improve their profitability while contributing to the environmental cause and, at the same time, improving their brand reputation. By adopting the potential of AI for practical improvements to the running of their businesses, companies would also address growing consumers’ concerns around the ethics and sustainability of their spending.

As Nigel Moore, the Vice President for Food and Beverages of ASPAC Accor Hotels, noted, “if we don’t control the amount of food waste we are creating, we are not going to be having a planet to live for in the future”. Everyone can play a part in the battle against food waste; the time to act is now.

This feature originally appeared in Verdict.

Next Canton Of Jura Looking Towards Robotics

How AI Is Learning To See The Bigger Picture 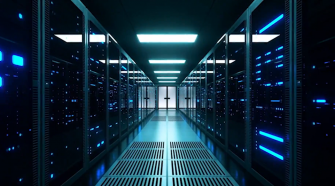 Supercomputing For All Is Closer Than You Think