While autonomous cars have gained swift momentum since Leonardo da Vinci’s self-propelled cart circa 1500, the thought of going completely hands-free still feels slightly supernatural. These four-wheelers of the future use a combination of GPS for calculating longitude, latitude, speed, and course to navigate, LiDAR technologies, which use laser light pulses that map surroundings, and machine learning to see and understand — but to what degree depends on the level of autonomy.

The windy road to driverless cars historically dates back to an early model created by Houdina Radio Control in 1925, with an ambitious experiment testing a radio-controlled automobile in both the bustling streets of New York and quieter Milwaukee. Houdina’s research, unbeknownst at the time, was the first stop on the path leading to Big Tech’s shiniest pursuits.

Some years after Houdina’s trial run, John McCarthy’s 1969 essay “Computer-Controlled Cars”  detailed the specifics of what sorts of hardware would be needed for an “automatic chauffeur.” Carnegie Mellon professor Dean Pomerleau’s 1992 thesis declared that neural nets could let self-driving cars take raw images from the road and output steering controls in real time, leading Pomerleau to put out an autonomous minivan on a road trip from Pittsburgh to San Diego. In 2002, DARPA further kick-started the field with their competition that featured an obstacle course and a $1 million grand prize.

Companies like Google, Waymo and Tesla have since tirelessly pursued developing the technologies that would make driverless cars possible. Some analysts believe that there could be millions of such cars in the next decade.

Amidst this automated rat race, the Society of Automotive Engineers (SAE) stepped in to standardize. They created six levels of driving automation, from 0 (fully manual) to 5 (fully autonomous), which have been adopted by the U.S. Department of Transportation.

Just as it sounds, there’s no automation here: the human is in full control of all driving tasks with zero assistance.

This is the lowest level of assistance. The human is in full control, but gets a little guidance from a single advanced driver assistance system (ADAS), for things like acceleration, cruise control or braking — but only for one task at a time.

With partial automation, the driver is still in full control, with full attention to the road, but the “help” is a little more refined. The ADAS has combined automated functions, which for the human means the system could potentially control both steering and braking/accelerating simultaneously.

Imagine a fully automated assembly line that requires full human supervision in case of a needed override — that’s essentially how level three works. In this case, the vehicle can operate on its own in certain circumstances. Functions like steering, braking, and acceleration are automated, but the driver has to be ready to step in.

At this level, it’s “minds off,” as the car can perform all driving tasks, and can intervene if something goes awry. That said, Level 4 only works for location-restricted trips driving from point A to point B and back — think autonomous Uber Eats deliveries.

Full automation: the aspirational goal for vehicles of the future. With fully automated self-driving cars, you could basically read a book or play on your phone, as the vehicle can perform all driving tasks under all circumstances.

Although the six levels aim to systematize conventional levels of AV, and focus on required driver engagement, MIT CSAIL researcher Alexander Amini believes that levels of autonomy “ultimately need to take into account both the task and driver attention required, as well as the complexity of the environment in which the vehicle is capable of operating if these levels will be used as uniform progress markers.”

Untangle Your Hair With Help From Robots

AI Is An Ideology, Not A Technology 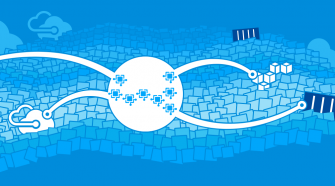