Apart from black holes, magnetars may be the most extreme stars in the universe. With a diameter less than the length of Manhattan, they pack more mass than that of our sun, wield the largest magnetic field of any known object — more than 10 trillion times stronger than a refrigerator magnet — and spin on their axes every few seconds.

A type of neutron star — the remnant of a supernova explosion — magnetars are so highly magnetized that even modest disturbances in the magnetic field can cause bursts of X-rays that last sporadically for weeks or months.

These exotic, compact stars are also thought to be the source of some types of short gamma ray bursts (GRBs): bright flashes of highly energetic radiation that have puzzled astronomers since they were first detected in the 1970s. Several of these giant magnetar flares have been detected within the Milky Way Galaxy. But because they are so intense that they saturate detectors, and observations within the galaxy are obscured by dust, space scientist Kevin Hurley at the University of California, Berkeley, and an international team of astronomers have been looking for these same flares in galaxies outside our own for a clearer view.

That 45-year effort is paying off. A short gamma ray burst detected last April 15 from a galaxy 11.4 million light years away shows a clear signature that Hurley thinks could help astronomers find magnetar bursts more easily and finally gather the data needed to check the many theories that explain magnetars and their gamma ray flares.

“We have got what we believe are four solid detections since 1979 of extragalactic giant magnetar flares, two of them almost identical bursts from different galaxies,” said Hurley, a senior space fellow with UC Berkeley’s Space Sciences Laboratory. “It leads us to believe that there may be kind of a template emerging that is going to help us identify them more quickly in the future. My hope is that the pace will now accelerate because we know a lot better what we are looking for.”

Hurley and three colleagues will report the GRB discovery by various U.S. and European satellites and its implications at a media briefing on Wednesday, Jan. 13, at the annual meeting of the American Astronomical Society and in three papers appearing simultaneously in the journals Nature and Nature Astronomy.

GRBs, the most powerful explosions in the cosmos, can be detected across billions of light-years. Most of those lasting less than about two seconds, called short GRBs, occur when a pair of orbiting neutron stars spiral into each other and merge. Astronomers confirmed this scenario for at least some short GRBs in 2017, when a burst followed the arrival of gravitational waves — ripples in space-time — produced when neutron stars merged 130 million light-years away.

But not all short GRBs fit the neutron star merger profile, Hurley said. Specifically, of the 29 magnetars within our Milky Way Galaxy known to exhibit occasional X-ray activity, two have produced giant flares that are different from the bursts from these mergers.

The most recent of these detections was on Dec. 27, 2004, an event that produced measurable changes in Earth’s upper atmosphere, despite erupting from a magnetar located about 28,000 light years away.

Since the late 1970s, Hurley has operated the InterPlanetary Network (IPN), a 24/7 effort to plow through data from many spacecraft — currently five, capturing some 325 gamma bursts per year — in hopes of finding more giant magnetar flares. That network was key to capturing the April 15, 2020, flare.

Shortly before 4:42 a.m. EDT on that Wednesday, a brief, powerful burst of X-rays and gamma rays swept past Mars, triggering the Russian High Energy Neutron Detector aboard NASA’s Mars Odyssey spacecraft, which has been orbiting the planet since 2001. About 6.6 minutes later, the burst triggered the Russian Konus instrument aboard NASA’s Wind satellite, which orbits a point between Earth and the sun located about 930,000 miles (1.5 million kilometers) away. After another 4.5 seconds, the radiation passed Earth, triggering instruments on NASA’s Fermi Gamma-ray Space Telescope and the European Space Agency’s INTEGRAL satellite.

These data showed that the pulse of radiation lasted just 140 milliseconds, the blink of an eye.

Hurley and Dmitry Svinkin of Russia’s Ioffe Institute, a member of the IPN team, used the arrival times measured by the Fermi, Swift, Wind, Mars Odyssey and INTEGRAL missions to pinpoint the location of the April 15 burst, called GRB 200415A, squarely in the central region of NGC 253, a bright spiral galaxy located about 11.4 million light-years away in the constellation Sculptor. This is the most precise sky position yet determined for a magnetar located beyond the Large Magellanic Cloud, a satellite of our galaxy and host in 1979 to the first giant flare ever detected.

“This was the most accurately localized magnetar outside of our galaxy so far, and we’ve really pinned it down now, not just to a galaxy, but a part of a galaxy where we expect star formation is going on, and stars are exploding. That is where the supernovas should be and the magnetars, too,” Hurley said. “The April 15 event is a game changer.”

Flashes from a lighthouse

The giant flares seen within the Milky Way look a bit different from those from nearby galaxies because of distance. Astronomers have documented that giant flares from magnetars in the Milky Way and its satellites evolve in a distinct way, with a rapid rise to peak brightness followed by a more gradual tail of fluctuating emission. These variations result from the magnetar’s rotation, which repeatedly brings the flare location in and out of view from Earth, much like a lighthouse. The magnetar was localized to the central part (red box) of NGC 253, a bright galaxy located about 11.4 million light years from Earth. This is the most precise position yet for a magnetar located well outside our galaxy. NASA missions pinned down the location thanks to a gamma ray burst last April. (Image courtesy of NASA’s Goddard Space Flight Center and Adam Block/Mount Lemmon SkyCenter/University of Arizona)

Observing this fluctuating tail is conclusive evidence of a giant flare — a smoking gun, Hurley said. For magnetar flares millions of light-years away, however, this emission is too dim to detect with today’s instruments. For this reason, giant flares in our galactic neighborhood may be confused with more distant and powerful merger-type GRBs.

The new observations reveal multiple pulses, with the first one appearing in just 77 microseconds — about 13 times the speed of a camera flash and nearly 100 times faster than the rise of the fastest GRBs produced by mergers.

“The combination of the rise time and decay time, we think, may be showing us a template, because we have seen it before — we saw it back in 2005, with another event, almost the carbon copy. And the energy spectrum of the two were also similar,” Hurley said.

Fermi’s Gamma-ray Burst Monitor also detected rapid variations in energy over the course of the flare that have never been observed before.

“Giant flares within our galaxy are so brilliant that they overwhelm our instruments, leaving them to hang onto their secrets,” said Oliver Roberts, an associate scientist at Universities Space Research Association’s Science and Technology Institute in Huntsville, Alabama, who led the study of Fermi data. “For the first time, GRB 200415A and distant flares like it allow our instruments to capture every feature and explore these powerful eruptions in unparalleled depth.”

Giant flares are poorly understood, but astronomers think they result from a sudden rearrangement of the magnetar’s magnetic field. One possibility is that the field high above the surface may become too twisted, suddenly releasing energy as it settles into a more stable configuration. A mechanical failure of the magnetar’s crust — a starquake — may trigger the sudden reconfiguration.

Roberts and his colleagues say that the data show some evidence of seismic vibrations during the eruption. The researchers say that this emission arose from a cloud of ejected electrons and positrons moving at about 99% of the speed of light. The short duration of the emission and its changing brightness and energy reflect the magnetar’s rotation, ramping up and down like the headlights of a car making a turn. Roberts describes it as starting off as an opaque blob — he pictures it resembling a photon torpedo from the “Star Trek” franchise — that expands and diffuses as it travels.

The torpedo also factors into one of the event’s biggest surprises. The highest-energy X-rays recorded by the Gamma-Burst Monitor reached 3 million electron volts (MeV), or about 1 million times the energy of blue light. The satellite’s main instrument, the Large Area Telescope (LAT), also detected three gamma rays with energies of 480 MeV, 1.3 billion electron volts (GeV) and 1.7 GeV — the highest-energy light ever detected from a magnetar giant flare. What’s surprising is that all of these gamma rays appeared long after the flare had diminished in other instruments.

Nicola Omodei, a senior research scientist at Stanford University, led the LAT team investigating these gamma rays, which arrived between 19 seconds and 4.7 minutes after the main event. The scientists concluded that this signal most likely also came from the magnetar flare.

A magnetar produces a steady outflow of fast-moving particles. As these particles move through space, they plow into, slow and divert interstellar gas. The gas piles up, becomes heated and compressed, and forms a type of shock wave called a bow shock, like the ripples in front of a moving boat.

In the model proposed by the LAT team, the flare’s initial pulse of gamma rays travels outward at the speed of light, followed by the cloud of ejected matter, which is moving nearly as fast. After several days, they both reach the bow shock. The gamma rays pass through. Seconds later, the cloud of particles — now expanded into a vast, thin shell — collides with accumulated gas at the bow shock. This interaction creates shock waves that accelerate particles, producing the highest-energy gamma rays after the main burst.

The April 15 flare proves that the 2020 and 2004 events constitute their own class of GRBs, Hurley said.

“A few percent of short GRBs may really be magnetar giant flares,” said Eric Burns, an assistant professor of physics and astronomy at Louisiana State University in Baton Rouge who led a study that identified additional extragalactic magnetar suspects. “In fact, they may be the most common high-energy outbursts we’ve detected so far beyond our galaxy — about five times more frequent than supernovae.”

“It’s a small sample, but we now have a better idea of their true energies, and how far we can detect them,” said Burns, whose study will appear later this year in The Astrophysical Journal Letters.

Previous To The Brain, Reading Computer Code Is Not The Same As Reading Language

Next Wish You Were Here? VR, AI And The New World Of Work 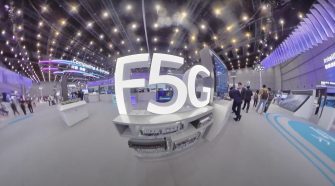