The winners of this year’s Rabobank-MIT Food and Agribusiness Innovation Prize got a good indication their pitch was striking a chord when a judge offered to have his company partner with the team for an early demonstration. The offer signified demand for their solution — to say nothing of their chances of winning the pitch competition.

The annual competition’s MIT-based grand-prize winner, Human Dynamics, is seeking to improve sanitation in food production plants with a robotic drone — a “drobot” — that flies through facilities spraying soap and disinfectant.

“They have to sanitize every night, and it’s extremely labor intensive and expensive,” says co-founder Tom Okamoto, a master’s student in MIT’s System Design and Management (SDM) program.

In the winning pitch, Okamoto said the average large food manufacturer spends $13 million on sanitation annually. When you combine the time sanitation processes takes away from production and delays due to human error, Human Dynamics estimates it’s tackling an $80 billion problem.

The company’s prototype uses a quadcopter drone that carries a tank, nozzle, and spray hose. Underneath the hood, the drone uses visual detection technology to validate that each area is clean, LIDAR to map out its path, and algorithms for route optimization.

The product is designed to automate repetitive tasks while complementing other cleaning efforts currently done by humans. Workers will still be required for certain aspects of cleaning and tasks like preparing and inspecting facilities during sanitation.

The company has already developed several proofs of concept and is planning to run a pilot project with a local food producer and distributor this summer.

The company estimates that the addressable market for sanitation in food production facilities in the country is $3 billion.

The second-place prize went to Resourceful, which aims to help connect buyers and sellers of food waste byproducts through an online platform. The company says there’s a growing market for upcycled products made by companies selling things like edible chips made from juice pulp, building materials made from potato skins, and eyeglasses made from orange peels. But establishing a byproduct supply chain can be difficult.

“Being paid for byproducts should be low-hanging fruit for food manufacturers, but the system is broken,” says co-founder and CEO Kyra Atekwana, an MBA candidate at the University of Chicago’s Booth School of Business. “There are tens of millions of pounds of food waste produced in the U.S. every year, and there’s a variety of tech solutions … enabling this food waste and surplus to be captured by consumers. But there’s virtually nothing in the middle to unlock access to the 10.6 million tons of byproduct waste produced every year.”

Buyers and sellers can offer and browse food waste byproducts on the company’s subscription-based platform. The businesses can also connect and establish contracts through the platform. Resourceful charges a small fee for each transaction.

The company is currently launching pilots in the Chicago region before making a public launch later this year. It has also partnered with the Upcycled Food Association, a nonprofit focused on reducing food waste.

The winners were chosen from a group of seven finalist teams. Other finalists included:

This was the sixth year of the event, which was hosted by the MIT Food and Agriculture Club. The event was sponsored by Rabobank and MIT’s Abdul Latif Jameel World Water and Food Systems Lab (J-WAFS).

Previous Untangle Your Hair With Help From Robots

Next How AI Can Help You Make Your Videos Amazing 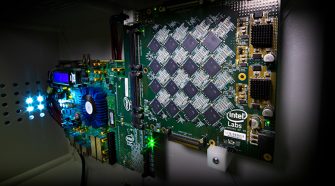