This video by the French computer programmer Damien Henry is a clever visual demonstration of machine learning – a term coined by the US computer scientist Arthur Samuel (1901-1990) to describe an algorithm that gives computers the ‘ability to learn without being explicitly programmed’.

Using several videos recorded from windows during train rides, Henry trained an algorithm to predict what the next frame of a train ride should look like. Then, starting with a single frame chosen by Henry, the algorithm generated, to the best of its ability, scenes from an hour-long train ride, improving itself roughly every 20 seconds. The resulting video demonstrates machine learning in action through a dreamy, impressionistic take on the experience of observing flowing, fleeting landscapes passing by. Though machine-learning algorithms are used more practically in applications where adaptability is greatly advantageous, such as anti-virus software and driverless cars, there’s an undeniable charm to seeing a computer engage in a version of one of our more ephemeral but corporeal experiences – the train ride.

Next Uniting Human Brains And Computers: A New Type Of AI

New Algorithm Could Unleash The Power Of Quantum Computers 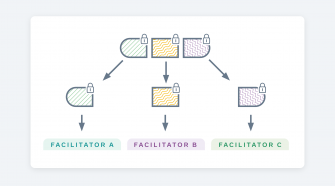