AI is changing the way we work, live and solve challenges. It can improve healthcare, protect elephants from poachers, and work out how broadband should be distributed.

But it could be most valuable as a range of applications helping humanity fight our biggest threat – climate change. AI can strengthen climate predictions, enable smarter decision-making for decarbonising industries from building to transport, and work out how to allocate renewable energy.

AI’s relevance as a climate change fighting tool comes at a time when there are increasing ethical concerns linked largely to a data-hungry form of the technology called machine learning, where computer systems analyse patterns in existing data to make predictions and decisions. Machine learning applications have raised concerns about creeping public surveillance, intentional misuse, privacy, transparency and data bias that can lead to discrimination and inequality.

It is part of a wider ethics debate in the EU about how to use AI for the benefit of human beings, the challenges that the technology poses and how best to tackle them.

‘We have to realise that AI is, in fact, a piece of software that we people design,’ said Virginia Dignum, a professor in social and ethical artificial intelligence at Umeå University in Sweden. We must be responsible for how we use AI, she says. ‘(It is) not some kind of magic that comes from outer space and happens to us. No. We make AI happen.’

Perhaps surprisingly, one issue that is only beginning to be discussed is the environmental footprint of AI.

The algorithms that tells us, for example, what to watch on Netflix tonight have an environmental impact, according to Prof. Dignum. ‘AI uses a lot of energy,’ said the computer scientist, who is part of a 52-person expert group advising the European Commission on trustworthy and ‘human-centric’ AI.

The storage, and particularly the processing, of data to train algorithms – the ‘recipes’ computers use to make calculations – in data centres or in the cloud across different centres with rows of machines doing computations consume energy, she says.

For one algorithm to train itself on whether an image shows a cat, for instance, it needs to process millions of cat images. The ecosystem for information and communications technology, of which data centres are a part, are comparable to aviation in terms of fuel emissions.

‘It’s a use of energy that we don’t really think about,’ said Prof. Dignum. ‘We have data farms, especially in the northern countries of Europe and in Canada, which are huge. Some of those things use as much energy as a small city.’

She draws on a University of Massachusetts, US, study which found that training a large AI model to handle human language can lead to emissions of nearly 300,000 kilograms of carbon dioxide equivalent, about five times the emissions of the average car in the US, including its manufacture.

Swedish researcher Anders Andrae has forecast that data centres could account for 10% of total electricity use by 2025.

Although AI has been around for about half a century, the question of environmental impact – and other ethical issues – is only arising now because the techniques developed over decades can now be used in combination with an explosion in data and strong computational power, Prof. Dignum explains. ‘It’s time to start thinking about doing AI in a more environmentally friendly way,’ she said.

AI might be part of the problem, but it also has the potential to help us find solutions for climate change.

Prof. Creutzig sees vast AI opportunities to ramp up the applications for targeted climate change solutions at the street scale, or even building level, that can be applied in cities. Urban spaces are of particular concern, as they’ll be home to more than two-thirds of the world’s population by 2050 and are incredibly resource-intensive.

‘It’s cool to work with technologies and to invest in low-carbon technologies, but to achieve anything close to the 2 degree or 1.5 degree target (for limiting global warming) we must reduce energy demands drastically and can achieve that by improved spatial configurations,’ he said.

Improving spatial use can help address issues such as urban heat islands, a phenomenon where urban environs built of steel and cement store heat and warm cities. ‘That’s a key problem of our future,’ he said.

Greening cities or using wind channel architecture to create ventilation are ways to help cities deal with extreme heat that can be guided by AI.

Prof. Creutzig is employing a method called stacked architecture, which uses machine learning with traditional mechanical modelling to, for instance, obtain insights into how buildings behave when it comes to temperature or energy demand, to find the best design for low energy use and high quality of life. These can then inform urban planning and policymakers.

Precisely because AI has so much potential, he also thinks its use should be combined with regulation, such as on not storing unnecessary data or constraining its use, so that it is targeted, efficient and doesn’t cause a new problem. However, he says that there’s currently not enough research into machine learning’s environmental impact. ‘There’s a lot to explore,’ he said.

‘Basically it (AI) is a fuel of application … it can lead to a new energy use,’ said Prof. Creutzig. ‘And this would be the opposite of what we want to have. The main example I’m thinking about is smart mobility and autonomous driving because these are really driven by AI or will be modelled by AI.’

For Andrea Renda, head of global governance and digital economy expert at the Centre for European Policy Studies in Brussels, Belgium, and also a member of the expert group advising the European Commission, AI needs to be developed and deployed so it can meet society’s needs and protect the environment by saving more energy than it expends.

‘All of these (data-intensive techniques) are extremely dangerous for the environment unless you can use those techniques in a way that, while using a lot more energy, save a lot more energy because they provide for more efficient solutions,’ said Prof. Renda.

Both Prof. Renda and Prof. Dignum agree that basic research into AI forms that are less data hungry than machine learning, such as automated reasoning, should be an EU priority. This would mean less use of personal data and energy consumption.

Prof. Dignum has been working with ‘synthetic data’, which is not based on real examples. It could be used to generate, for example, images of broken bones not based on sensitive patient data in order to train an algorithm on what to spot in an X-ray. This data can then be discarded so that it’s not stored.

Some researchers in the US have also proposed that AI research should include reporting on computational costs of training algorithms to enhance transparency.

To make sure AI is used to help, and not hinder, our society, Prof. Renda says it’s time to merge the two big debates of today. ‘One is on digital technology and the other one is on sustainable development, and in particular the environment. If we use the former to save the latter, I think we will have made the best possible use of the resources that we have,’ he said. ‘Otherwise we’re just wasting time.’

This post AI can help us fight climate change. But it has an energy problem, too was originally published on Horizon: the EU Research & Innovation magazine | European Commission.

Previous Confused By Data Visualisation? Here’s How To Cope In A World Of Many Features

Next Using Machine Learning To Hunt Down Cybercriminals

How Artificial Intelligence Can Help Us Prepare For Climate Adaptation

PyCon 2019 | Statistical Profiling (and other fun with the sys module) 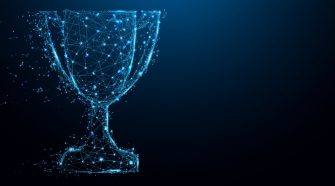